PVB producers have been very successful in reducing out-of-spec product by installing the
MoistTech IR3000 NIR sensor. Check out our release at in BulkInside!

The new sensor provides continuous accurate measurements of PVB film over all moisture rages as low as .0% to 1% with ppm accuracy.
Auto and glass window manufacturers have been plagued by excessive moisture in PVB when laminating their product.
The IR3000 can measure the raw film prior to use in production and more interestingly after the window and/or windscreen has been completed.
By physically passing the laminated product through the IR beam moisture can instantly and accurately be determined.
100% inspection and control can prevent any out of specification being produced.
The MoistTech advanced NIR analyzer also has the capability for not only measuring moisture but also film thickness and temperature simultaneously. 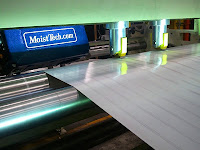